They’re grooming my great-nephew to be a White Sox fan. For his first birthday he received a customized Sox recliner complete with cup holder for his sippy cup. 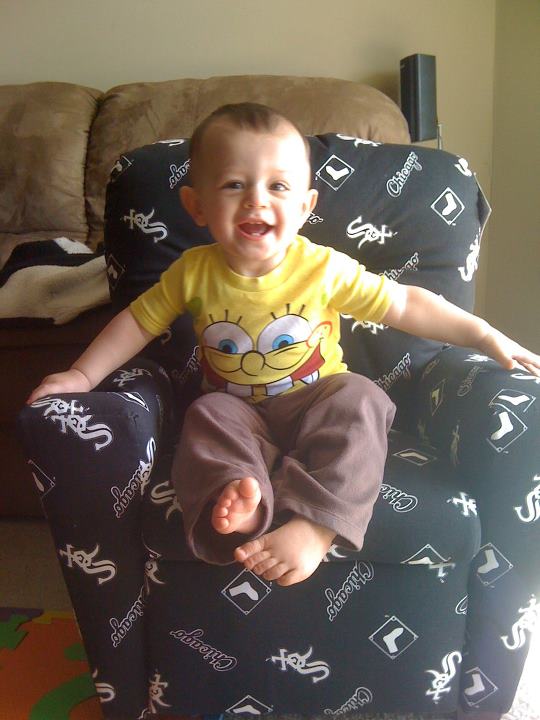 I can’t really blame them. Sure, his daddy is a die-hard Sox fan, but even if he wasn’t, could you blame him if he wanted to protect his son from the pain of being a Cubs fan. Who wants to hand down a legacy of frustration and disappointment? Sure, they say losing builds character, but in the case of a Cubs fan, I can’t help but think  it only builds a tolerance to Old Style.

To quote a famous dugout diva, “We stinks.”  I mean, I knew it was coming. When a fight among players breaks out after a game in day 4 of spring training, the future is not bright. From that point, Cubs fans knew it would be another long season. Early in August, Antwan Fields described this summer’s baseball season in Chicago (Sox and Cubs) like pouring alcohol on an open wound.  I think this season has been more like dousing your body in alcohol to cleanse an open wound and then just setting yourself on fire.

If a team could receive points for leaving players stranded at first and third, the Cubs would be a playoff contender. And with collapsible middle relievers and a closer who is first in the NL in blown saves, I would think it would be tough for guys like Garza and Dempster to even get up for a game when you can’t rely on your offense or relievers to support you. Sure, Zambrano is a hot-headed idiot, but sometimes I can’t help but agree with him. “We stinks.”

There is hope now that Hendry has been given the axe, but it will take more than a prophet turned GM to turn things around. I’m hoping they have Quade’s bags packed in the dugout after the final game, especially after his reaction to Derek Lee’s grand slam in the ninth on Saturday. After following Lee’s HR over the ivy, the camera went to the dugout where Quade stood with his back to the field, head lowered in what looked like a perfect Charlie Brown failure pose. All he needed was the black zig-zag at the bottom of his jacket. Quade is just too nice for me. But with a lack of money, Wrigley in need of renovations and an owner who continues to display moments of cluelessness, I’m not sure what kind of future is in store for Cubs fans.

And yet, they remain Cubby blue. As I rode the Metra into the city on Saturday, the car filled with Cubs fans, I couldn’t help but notice their good moods. Sure, it was a Saturday, the sky was blue, the sun bright, and we were headed to my favorite city where the Cubs were playing baseball.  Who wouldn’t be happy? And despite another season of disbelief, they donned their favorite Cubs gear, packed their radios, and descended upon Wrigley. While I didn’t make it to the game, I toasted their resilience, and my own, outside of Harry Carey’s Tavern, of course. True blue until the bitter end and boy, is it bitter.

The only true relief in sight is the fact the season ends in three weeks and the NFL officially kicks off tomorrow. Oh, and Lucas is being raised to be a Bears fan, a proud Bears fan complete with his little Bears warm up and winter cap. Plus, he can already say “Ditka.” 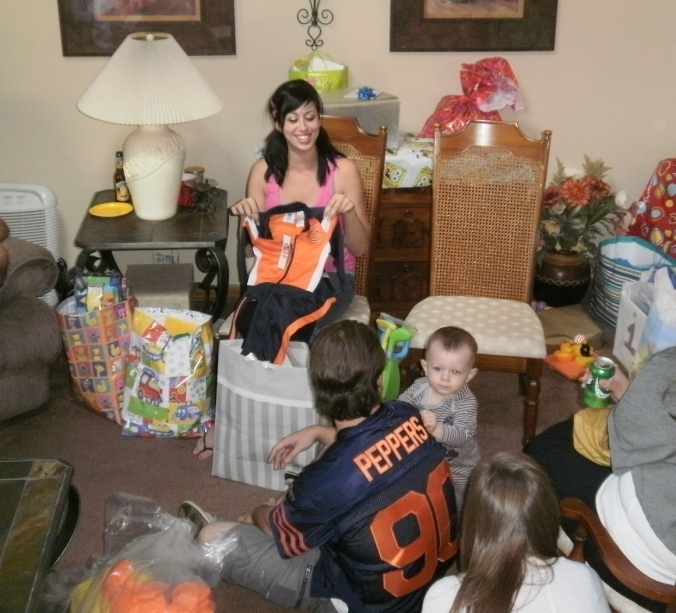