I’m extremely superstitious. Since March 16, I’ve worn the same outfit for every Shocker NIT game,  right down to my socks and shoes. 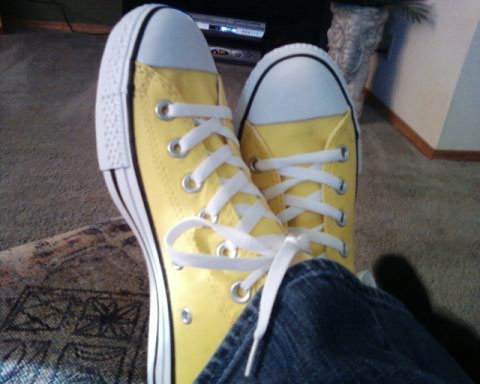 The Shockers are the 2011 NIT Champions. And for those pooh-poohing the NIT, especially the bitter fan who asked if a NIT championship meant WSU was the 69th best team in the nation, I have a few questions. Where’s your team? Are they still in post-season play? Are they making the Top 10 plays on Sportscenter? Are the cutting down any nets? Is your office closing early so it’s employees can make it to the arena to welcome home their championship team?

I didn’t think so.

Personally, the Shockers winning a national tournament on the hallowed ground of Madison Square Garden beats a final four run in Houston by a long shot. And what I love about the NIT is the chance for these teams to play at home to a boisterous, game-ready crowd. I’ve been to NCAA tournaments where barely half the arena is filled and the sounds from the pep band and cheer squads echo down deserted concourses. There was definitely none of that at Koch Arena on March 23.

And what about those Shocker fans? I admit I was pretty down after losing in the MVC and I even still held a tiny glimmer of hope the selection committee would reevaluate our season and give us a chance. With teams like UAB and Michigan State getting in the NCAA tournament, surely they could see WSU in the first four. So the NIT it was and I was okay with that, and apparently, so were the Shockers.

They dismantled Nebraska, played smart and tough against Virginia Tech, were loose but focused against College of Charleston, destroyed Washington State, and held more than their own against Alabama. And while other teams in Kansas beat WAC, Big 10, AEC, and Atlantic 10 teams only to be sent home much earlier than anticipated, the Shox checked off their own list: Big 12, ACC, Pac-10, SEC.  But unlike the others, there was no early plane ride home. The Shox will come home today to an arena filled with giddy Shocker fans, me and my father included.

What looked like a season ending on a note just slightly out of tune, not sour because how could it be sour with 25 wins, but just a little off-key without a conference title or MVC championship, has ended loud and long. These boys have made Shocker basketball history with a 29-win season and the school’s first NIT Championship. Their names will go down in the Shocker record books.

And they still got to dance. Maybe not at the “big dance,” but how many young men can say they threw down their own style of victory dance on the floor of the Garden. Not many.

Congratulations,  Wichita State Shockers! You have made us all very proud.